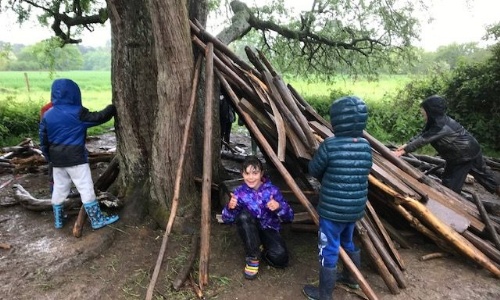 After a good sleep, Year 3 started the day filling up on cereal and toast, before donning waterproofs and wellies and heading out to feed the animals. It seems each child has a favourite and there were many, many cuddles given. 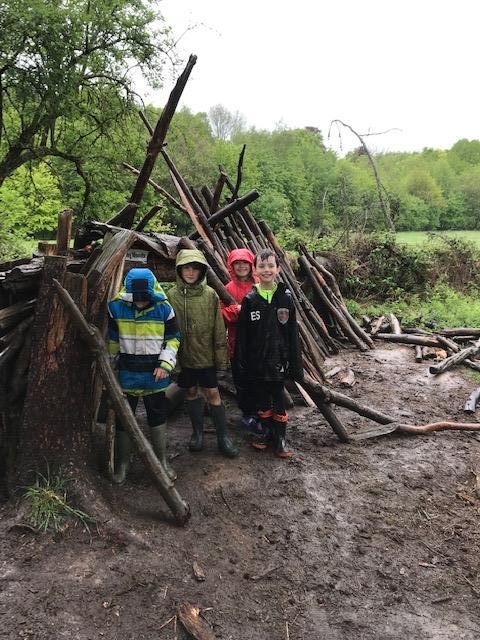 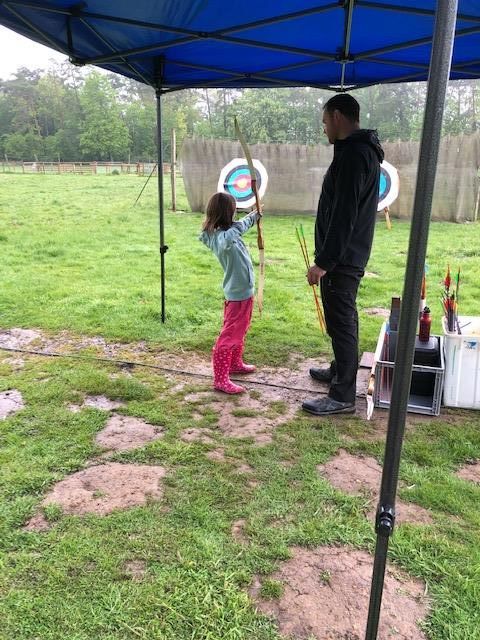 The morning was spent team building; playing games and working together to solve some tricky problems.  Following a delicious spaghetti bolognaise for lunch, Year 3 headed out again to build dens in the woods.

After an excellent night’s sleep and a hearty breakfast Year 4 spent the morning refining their bow and arrow skills at the archery area. Everyone managed to hit the target at least once, and a number of ‘bull’s eyes’ were scored.

While they were waiting for their turn, the rest of the class kept themselves busy making friendship bracelets with cordage craft.

Despite the liquid sunshine, the fun continued this afternoon as Year 4 learnt about food chains. They used clickers to count evidence of living things at each stage of the chain including nibbled leaves and rabbit droppings. The favourite find of the afternoon was a “huge” spider for the secondary consumer list. 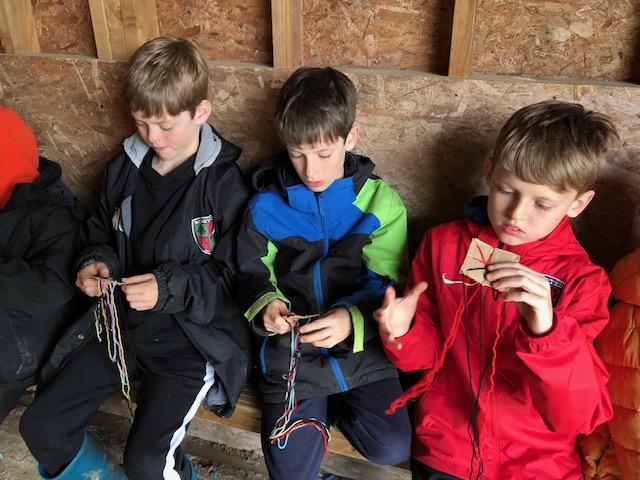 Mrs Pinchess popped over to the Centre this evening and everyone is clearly having a great time!

The centre has had new outbuildings and improvements. Having spoken to the manager they are busy investing in the future plans too which is good to hear.

She heard about all the favourite goats, chickens and rabbits and lots about the yummy meals and amazing activities. The children are clearly enjoying the freedom of the space and lots of exercise, friendship time and fresh air is suiting them. Not one child mentioned the rain to her despite the wellies and drying coats on the minds of the Bentley staff!

This evening Years 3 & 4 were headed to the campfire followed by a boogie at the traditional GBC disco. They had had baked potatoes for supper and apparently had a delicious special treat of a doughnut for dessert which was a big hit.

Year 3 were fresh out of the shower and Year 4 informed Mrs Pinchess "the teachers keep making us wash" so big thanks to the staff for this!

Get the washing machines at the ready for tomorrow everyone…