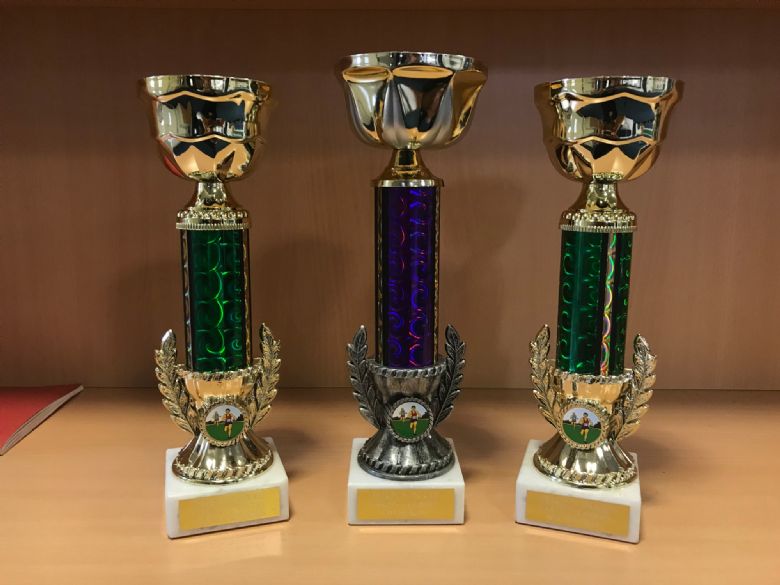 We were delighted to see another huge group of children participating in the final Cross Country race of this year on Tuesday.  We are very grateful to all the parents for their support in these events.  Every single child that has attended any the four races has made a contribution to our score and we are delighted to report that Bentley are, once again, overall winners of the cup!  We also triumphed in KS1 overall, Years 3 and 4 overall and came third in Years 5 and 6.  It was great to see so many of our Year 1 children taking part and an added thank you should go to those who ran in three or four of the races.  Special mentions should go to:  Sophie and Gabriel, both Year 2, placed 1st and 3rd overall respectively in KS1, Henry, Year 6, who placed 3rd overall and Bart, Year 4, who placed 4th overall in their categories.

On Monday Bentley School Hockey Club played a match against Long Sutton School.  Most of our team were in Year 3 & 4 but their team were from Years 5 & 6.  We all looked very smart in our Bentley school PE kits, shin pads and gum guards.  It was a really close match. Our coach Mrs Bell got very excited and was jumping up and down on the side lines when Charlie nearly scored a goal.  Eliza had to decide who to sub on and off but none of us wanted to come off. Eva said: ‘It’s hard, hot and sweaty out there Mrs Bell. Please don’t sub me off!!!’  Bart and Harry Cavell scored but Long Sutton also got some goals and the final score was 3-2.  It was really fun and afterwards we were given biscuits to help us refuel. We all came home smiling.  We would like to say thank you to Mrs Bell for running our hockey club and taking us to the match.

Mrs Bell said:  ‘I am immensely proud of our team who have practised all winter and had never played a match together before, let alone on Astro turf, playing children from older year groups and displaying some fantastic flowing hockey, superb work rate and diligent tackling.’

Players of the match: Alex, Yr 4 for legendary tackling and clearing the ball out of the goal with calm accuracy and Cam, Yr 4 for relentless work rate, dogged defence and fearsome tackling. By Harry, Yr 4

Note from Mrs Rushin – Mrs Bell has done a fantastic job coaching the Hockey Club and we are delighted she has agreed to run it again starting in September this year.  She is planning more matches for autumn term.